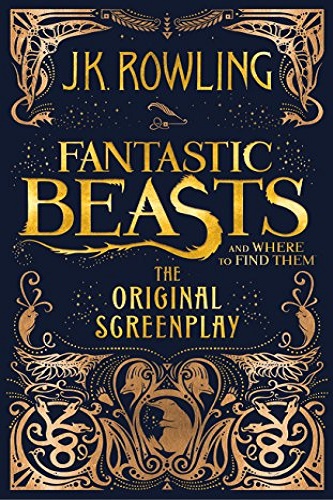 “I did not read this until after I had seen the movie, so I had the visuals playing in my head as I read, down to Newt’s awkward lovability and Jacob’s wonder. Even without seeing the movie first, though, this screenplay gives you enough story to be able to appreciate the dangers of this new Wizarding world.” By Jamie D

“Once again Ms. Rowling delivers a fantastical world within our own. I can’t wait to see it on the big screen! Thank you Ms. Rowling! Keep our Harry Potter dreams alive!!!!” By Karen Osborn