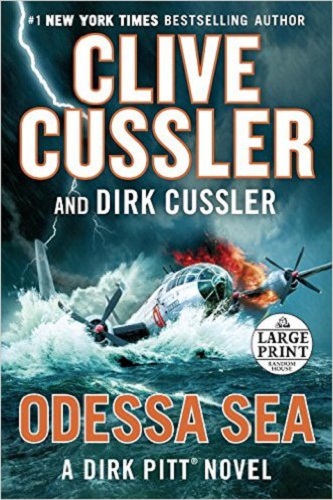 “I am a big fan of Clive Cussler. I have read almost all of the books he has written. I hope he keeps on writing for years to come. This was one of the most suspenseful books that he has written. I really enjoyed reading it.” By Dennis McCartney

“I don’t think I have ever read a Clive Cussler novel I did not like! And of course, Clive shows up in the story somewhere…! Now, I can recognize him before it becomes clear. The story has lots of twists and turns, and of course lots of heroic acts by Pitt and friends (of course!)” By Eric C. Anderson